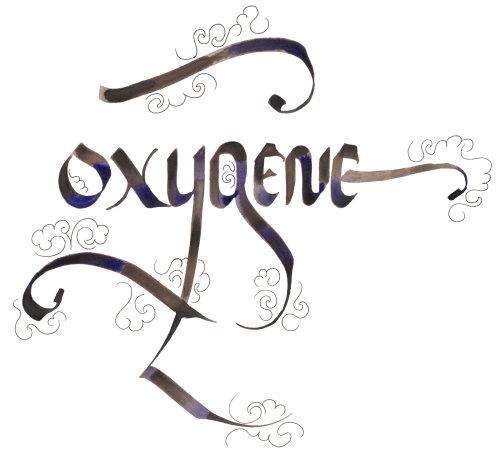 When it comes to running in the Himalaya, altitude and hypoxia simply cannot be ignored as they impose the biggest challenge for endurance athletes: lack of oxygen. They are, however, not specific to Himalaya or the Andes: people may suffer from hypoxia anywhere into thin air, where one cannot run anymore and has to walk, wherever the nature becomes mineral. In case of high altitude sickness, reason and common sense often lead to surrender. The following testimonies give more insights on altitude and hypoxia.

Altitude becomes an issue when effort becomes difficult or impossible. The etymology of hypoxia suggests a deficit of oxygen in the blood and tissue. More accurately, Dr. Michèle Potiron-Josse says: “Hypoxia is a specific pulmonary and vascular reaction. It is an abnormal hyper responsiveness of pulmonary vessels. It means that even athletes in a very good shape can experience acute mountain sickness. The only way to prevent it is to avoid going to fast in too high altitude and take enough time for a good acclimatization.”

Hypoxia is linked to altitude because the quantity of available oxygen decreases with the altitude. It decreases of one third at 3,200 meters above sea level, of 50% at 5,500 m and two-thirds at 8,850 m. Therefore the maximum quantity of oxygen that can be absorbed by the body decreases with the altitude. As a result, the physical capacities on the summit of Mont Blanc (4,810 m) are 70% of what they would be at sea level. On the summit of Everest (8,850 m) they are as low as 20%, which may be barely enough to walk at a very slow pace. Running in Nepal between 3,000 meters of altitude and 5,400 m is then obviously more difficult than at sea level. “To run properly, everyone needs oxygen, says Nicolas Peschanski, of Himalayan Rescue Association. That is why you may be out of breath after running. If you are now in high altitude, the same happens even before you started to run. In high altitude indeed, the atmospheric pressure is lower, that leads to less oxygen available. This is called hypoxia.”

“We are not equal in front of altitude”

Himalayan races have been used as field tests and helped doctors and physiologists to deepen their knowledge about hypoxia. But hypoxia can also be observed at altitudes as low as 2,000 meters as Dr. Maryse Dupré stated in a specific study.

Some may say that running at 4,000 meters is hazardous but again it depends on a lot of factors and each individual is a specific case.

“Listening to the mountain…”

In her paper, Dr. Dupré recommends to respect the three golden rules, although reactions can be very different depending on the specific physiology of each one and on external conditions. In addition to the genetic factors, climbing speed, maximum altitude, and time spent in altitude play a significant role; but also weather conditions, food, drinks, as well as tiredness have an influence. The level of fitness can also impact the maximum altitude that one can reach, and finally it is always important to listen to the mountain.

Hypoxia is not the only issue that can happen in the mountain. Hypoglycemia (lack of sugar), hypothermia (lack of heat), hypohydration (lack of water) can also be caused by specific mountain conditions and obviously affect performance. As far as performance is concerned, it is remarkable to note that the influence of VO2max on performance in altitude is controversial. Still, Dr. Dupré observed during Himal Race that an athlete could compensate a relatively low VO2max with an excellent motivation, mental strength, and experience.

Acute mountain sickness can be detected by the following symptoms. To come up with a diagnosis, each symptom has a relative weight.

Based on the “total” of the symptoms’ weight, one can make a first diagnosis;

In case of severe acute mountain sickness, the only way out is to descend in lower altitude as soon as possible. If it happens during the race it means surrender. Although a difficult decision, this can simply save your life. Dr. Dupré says “there is no drug you can take to bear with high altitude. Diuretic drugs may work to reduce the symptoms but they cannot take you higher or further because they may lead to dehydration and low blood pressure, which become very dangerous in a mountainous environment.”

Even though many factors cannot be controlled, it is still possible to optimize one’s acclimatization phase. The example of Etienne Fert, who ran Himal Race in 2007 after a thorough acclimatization phase in France, shows that the gap with local runners and people with better genetic capacities can be reduced.

A study from a swiss-italian team shows how and why Sherpas can better run in high altitude. According to Hans Hoppeler, from Bern University, Sherpas as well as Tibetan produce an enzyme called glutathione-S-transferase that decreases the stress linked to the lack of oxygen by neutralizing free radicals in the muscles. The study shows the inherited character of the enzyme production as Sherpas living in low altitude also have a high level of this enzyme.

In 2005 during Everest Sky Race, the Swiss elite runner Christophe Jaquerod said “I think Nepalese runners can adapt faster to altitude and also are able to go higher than us. Except for people like Pascal (Beaury Sherpa) who have an exceptional ability to adapt to high altitude, I’m not sure that people like me can ever compete with Nepalese runners, even after acclimatization. Running at more than 5,000 meters is just another world…”

Frederic Cantin finished at the 8th position during Himal Race in 2007. “When I came, I was well prepared physically and mentally, but I didn’t do anything to prepare my body to high altitude. By observing those who had run in Nepal before, I think that the body has a kind of memory to run in altitude, it gets used to it. Running in altitude is not only about mental preparation and willingness.”

Yves Détry is a mountain guide in France, he climbed three peaks higher than 8,000 m and ran almost 2,000 km in the Himalaya. He doesn’t believe that the body has a ‘memory’ per se, but rather thinks that experience and common sense play a key role in adopting the right attitude and saving energy while running in the mountain.

About mental strength, Yves Détry said: “Self confidence and trusting the others around you are key to decrease stress and improve acclimatization. Competition and being in the mountain can add some stress. It is important to master these factors as far as possible to decrease one’s overall stress level. It’s all about zen attitude, patience, and saving energy for the next day.”

To participate and perform well during mountain stage races like Annapurna Mandala Trail or Himal Race, adaptation to altitude is key. The first requirement is simply to be able to go through high passes, most of the times higher than 5,000 meters above sea level. Once achieved, one can concentrate on optimizing her/his acclimatization.

In 2007, I participated to two races in Nepal: Annapurna Mandala Trail and Himal Race. I noted very different adaptation to altitude. Comparison was pretty easy since some stages were common to the two races. I had much better feelings during Himal Race than for Annapurna Mandala Trail, including adaptation to altitude. I was not only faster but also my blood saturation was better.

A first reason is probably the timing in the year. As Annapurna Mandala Trail is held in April, my preparation for it was mostly during winter in France and I definitely ran less than during summer, when I prepared for Himal Race.

During the race, the first golden rule I applied was to avoid going to fast. If marathon runners are sometimes reported to suffer from mountain sickness, it is probably because they are used to run at a relatively fast pace, close to their ventilatory threshold. Especially during the first days of the race when the acclimatization just started, it is important to keep a slow pace.

Another key point is hydration. I force myself to drink enough water, even if it means waking up several times at night to urinate.

It is also important to anticipate the profile of each stage. On Larkya La (5,220 m) for instance, which is not steep but steady climb and where we spend a lot of time in high altitude, I tried not to go too slowly to avoid spending too much time above 5,000 m.

On Thorong La (5,420 m), my acclimatization was pretty good and I felt well so I started a little too fast. Then I began to feel some headache so I slowed down significantly and it went better. It was therefore possible to optimize my speed and performance without taking risk of mountain sickness.

Experience of altitude, even when hiking, definitely helps to have better reactions whilst racing. I think hiking and trekking in altitude is an excellent preparation for these races.

The last advice I would give is to relax. Don’t worry too much about altitude, tell yourself that keeping a reasonable pace is sufficient to avoid problems, and rather focus on the landscapes and the pleasure of being in the mountain.