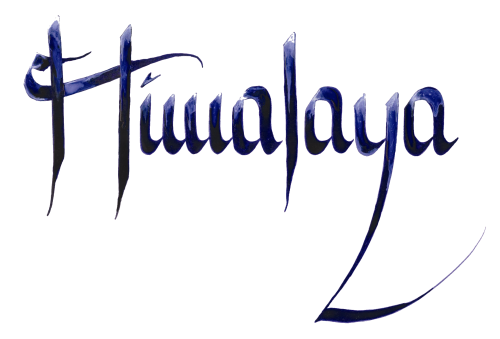 “Running in the Nepalese Himalaya, with a backpack and the local hospitality as the only assistance” has been the guideline for the “Chevaliers du Vent” and the “Amazones du Ciel” since 2000. Up there in Nepal, on the paths of the sky, into thin air, where humans just pass through for a short time, for a race, for a dream… Men and women run, remembering this thought of Buddha: “There is no way to happiness, the happiness is the way.” Om Mani Padme Hum…

To move forward, there is an imaginary line to follow, composed of bridges, trails, paths, and tracks. Hundreds of them cross the Himalaya throughout Nepal. Spreading over thousands of kilometers, they cross rivers, follow valleys, link villages together, and culminate at more than 5,000 meters above sea level. 18 millions walk every day on this incredible pedestrian network. There is a whole life on the paths of the sky…

But Himalaya is not only an amazing playground. “Himalaya is a constant ecstasy illuminated by the changing colors of moving sun”, said Roger Rousseau, a long haul traveller. Himalaya is also the opportunity to travel back in time; here the Middle Age meets the Modern Age, for better and for worse. A lot of ethnic groups and religions live together in Nepal without discrimination. And of course landscapes will amaze you. They can be as diverse as lush valleys, dry plateaus, permanent snow, violent streams, glaciers with no return, and immaculate peaks.

Himalaya – “abode of the snow” in Sanskrit – is the highest mountain range in the world. It covers Pakistan, Kashmir, India, Tibet, Nepal, Sikkim, and Bhutan. 250 to 500 km wide between Tibetan Plateau in the North and Indo-Gangetic Plain in the South, 3,000 km long from Hindu Kuch (Afghanistan) on the West side to Yunnan (China) on the East side. It is the highest as well as the youngest mountain range on the planet. People living there have very diverse and very old traditions and religions. Nepal includes in a relatively limited space a high variety of people and cultures. It is located in the Eastern Himalaya or “High Himalaya”. Out of the 15 mountains on Earth that are more than 8,000 meters high above sea level, 10 are in Nepal, including Mount Everest, Sagarmatha in Nepali and Chomolungma in Tibetan and Sherpa. In this unique environment, Himalaya, the “mountain continent”, the ideal place for adventure, it is possible to run, to run in the sky.

The fiftieth anniversary of Annapurna’s first climb was the event that gave birth to the first Annapurna Mandala Trail. It took place in March 2000 under the patronage of Maurice Herzog. At that time Everest Marathon and the Great Race of Himalaya already existed but it was the first time a running race came so high in altitude: Thorong Pass at 5,416 m above sea level. Dr. Nicolas Peschanski, of Himalayan Rescue Association, defined the race as the fastest in the world in terms of vertical ascend. The first “Chevaliers du Vent” however, pioneers of running into thin air, were not exactly the first “Annapurna racers”. When it comes to running and adventure in the Himalaya, one cannot ignore the journey of British brothers Richard and Adrian Crane. In spring 1983, from 18th March to 27th June, they ran from Darjeeling, India, to Rawalpindi, Pakistan, in 101 days, which is a total of 2,000 miles (3,250 km) and 300,000 feet (91,500 m) ascend.

The Frenchmen Paul-Eric Bonneau and Bruno Poirier were the first to follow their path. In fall 1994, from 21st October to 1st December, they crossed the Nepalese Himalaya from Pashupatinagar in the East, to Mahakali in the West, staying as close as possible to the mountain range and with difficult weather conditions. They ran a total of 2,100 km and climbed a total of 55,000 m. Bruno Poirier has run the sky ever since: running on his own from Everest Base Camp to Makalu Base Camp in 1996, from Annapurna Base Camp to Everest Base Camp in 2001, among others.

“Adventure is about risking his life”, said Philippe Frey, adventurer of the previous century. Extreme effort shares the same spirit. Some people have chosen mountain running to fulfill them, to become what they are. Beyond physical effort, surpassing oneself is a way toward discovering one’s ego. As Nietzsche said, “Only great suffering is the ultimate emancipator of spirit, for it teaches one that vast suspiciousness (…). I doubt whether such suffering improves a man; but I know that it makes him deeper”. Maybe in this depth, human being can get higher, towards the paths of the sky…

Physical effort in the mountains can be seen from several dimensions. The third dimension would be ultra-trail, the fourth would be sky running, the sixth would be mountaineering, and the seventh belongs to another world… It is then in the fifth dimension that people get rid of gravity, in the act (or maybe the art) of running the Himalaya. The sky is their limit.

“In Nepal I found what I was looking for… This race is amazing and fascinating because it goes beyond physical effort, it has a human aspect that leads to reflection. This race has a soul and should be preserved.”